The History of Theresa, New York

“The heart of the Indian Lakes Region”

In 1806 the village bonded to the extent of $18,000 to secure a sufficient supply of pure and wholesome water for domestic purposes. In the same year the works were constructed, main pipes were laid throughout the principal streets, fire hydrants were located at convenient points, and a stand-pipe was erected on a commanding elevation on the outskirts of the village. A contract was made with Sneli & Makepeace to pump the supply of water from Indian river to the stand-pipe. All these things were accomplished speedily and well, during 1896, and the result is a system of water works not surpassed in any municipality in the county.

The territory comprising Theresa was originally a part of great lot number four of the Macomb purchase, and passed as a part of the vast tract to the Antwerp company, thence to James de Le Ray, by whom it was again surveyed and subdivided for purposes of settlement and development. It was this worthy proprietor who caused the “jobs” to be cleared; it was he who caused the primitive mills to be erected at the falls during the years 1810—11, and he, also, who sent the live stock to be fattened in the splendid pasture lands that followed the clearings.

While there was no permanent settlement in the town previous to about 1817, Mr. Le Ray continued his improvements, and in 1814 caused a bridge to be built across the river at the falls, and about 1818 he had Mr. Evans survey and lay out the village tract of 1,000 acres. In the next year he built a grist mill and a tavern, the latter being burned in 1820. In the meantime settlement was begun and the town began making permanent history. The pioneers were James Shurtliff. Anson Cheeseman and Col. Sinesa (or Sinecy) Ball, all of whom came in 1817. Mr. Shurtliff located on the clearing, and soon afterward opened his house as an inn for the accommodation of new arrivals and travelers through the region. He was one of the early justices of the peace, an earnest Presbyterian and a man much respected in the corninanity. He died in Plessis August 1, 1846. Colonel Ball settled on the old military road, two miles west of the falls. He had a large family of children, and several of his descendants became persons of note in the county. Anson Cheeseman came into the town in the fall of the year, and was connected with the saw mill, for which he furnished the supply of logs. He also assisted in the construction of the grist mill in the next year. His surname is still well. known in the town.

In 1819 Mr. Le Ray caused a tavern to be built in the village settlement on the site of the present Getman house Mr. Stephenson was first landlord, but in the fall of 1821 the building was burned. A second hotel was built on the same site in 1824. It was of brick, and for many years was known as the “Brick tavern.” Gen. Fisher was its owner and landlord, and under his proprietorship was a famous hostelry, This was the first brick building erected in the town or village, the bricks for which were made by Benjamin Barnes, who came to the town in that year. The second brick building was the dwelling house of Nathaniel W. Lull, standing on Main street. The brick used for this house were also the handiwork of Mr. Barnes.

The inhabitants of Theresa, town and village, have ever been generous in providing for the educational welfare of their youth. The first school in the town was opened while the territory formed a part of Le Ray, and was started by a Mrs. Castleman in a house standing on the tract cleared for Le Ray and put to use as a pasture. This was in 1820. Soon afterward Almira Barnes opened a school in the widow Keeler's house, while the third was taught about the same time by Abigail Salisbury, at the dwelling of Carley Smith. A school house was built in the settlement about 1821, and a Mr. Welch is said to have been the first teacher.

About 1828 Henry R. Morey came from the village and built the famous “Red tavern” at the cross roads north of Colonel Bull’s place. This was a noted stopping place in early times, and was famous for the “good cheer” dispensed to the weary traveler along the military road. The later proprietors were Hiram Becker, Elias Glass, Austin Bates and perhaps others before the house was closed. About 1828 Daniel Strough kept a hotel on the highway leading to La Fargeville, but the building was soon afterward put to other uses. Warren Parish was probably the first hotel keeperat West Theresa. In the north part of the town, on the north side of Red lake, John Graves tried the experiment of opening a hotel to be patronized chiefly by fishermen and hunters in that region; but the enterprise proved unsuccessful from a business point of view.

While there is no present means of determining accurately, it is believed the number of inhabitants in what is now Theresa in 1840 was about 2,000. The subject of a new town had been discussed at the annual meetings for several years, but no definite action was taken previous to 1841, when a division of the territory was agreed upon. The creating act passed the legislature April 15, 1841, and by it Theresa was brought into existence; and was so named in allusion to Mile. Theresa, the daughter of James D. Le Ray, and the wife of the Marquis de Gouvello, of France.

Theresa was incorporated as a village in 1871. Read More. 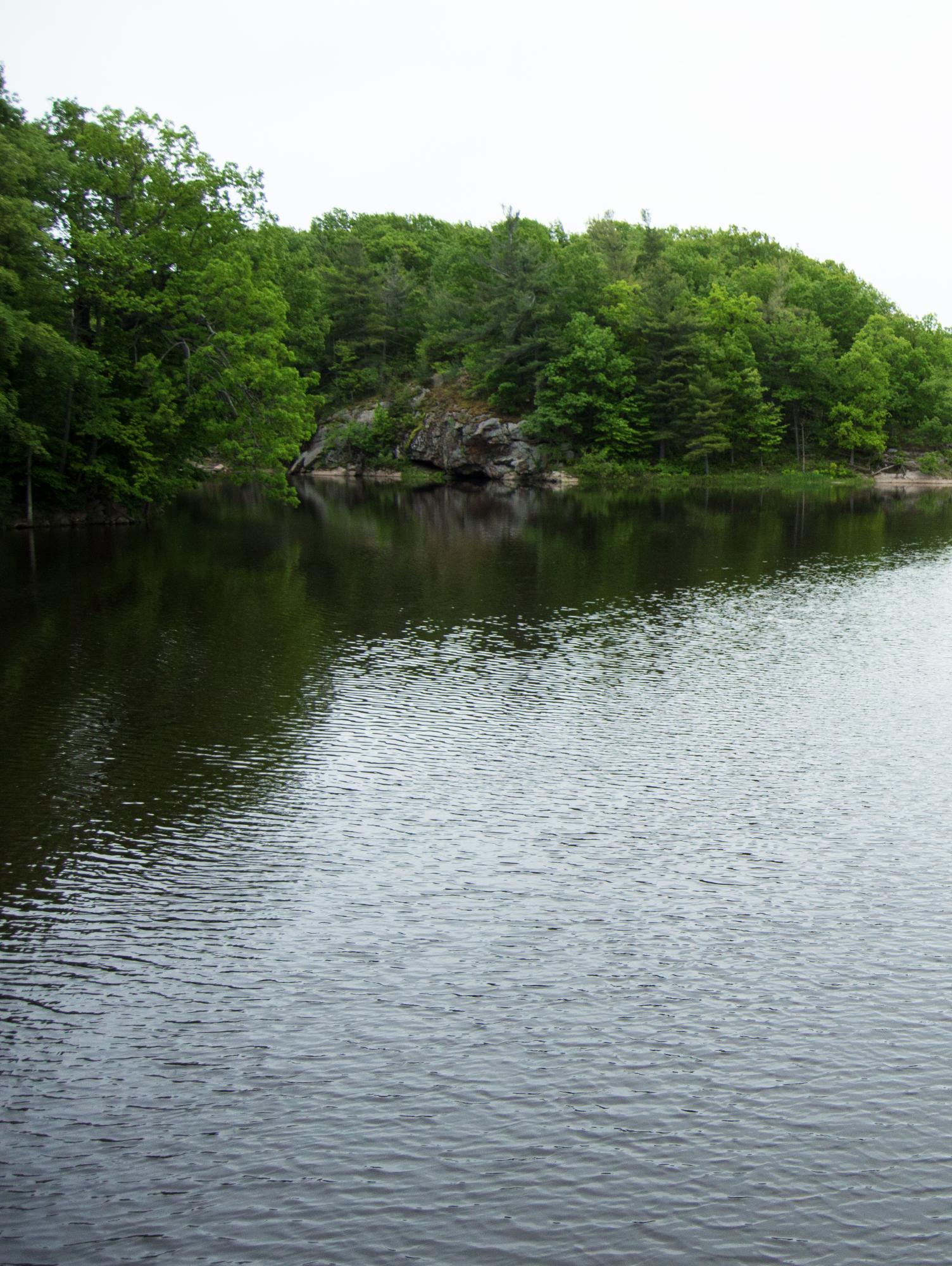 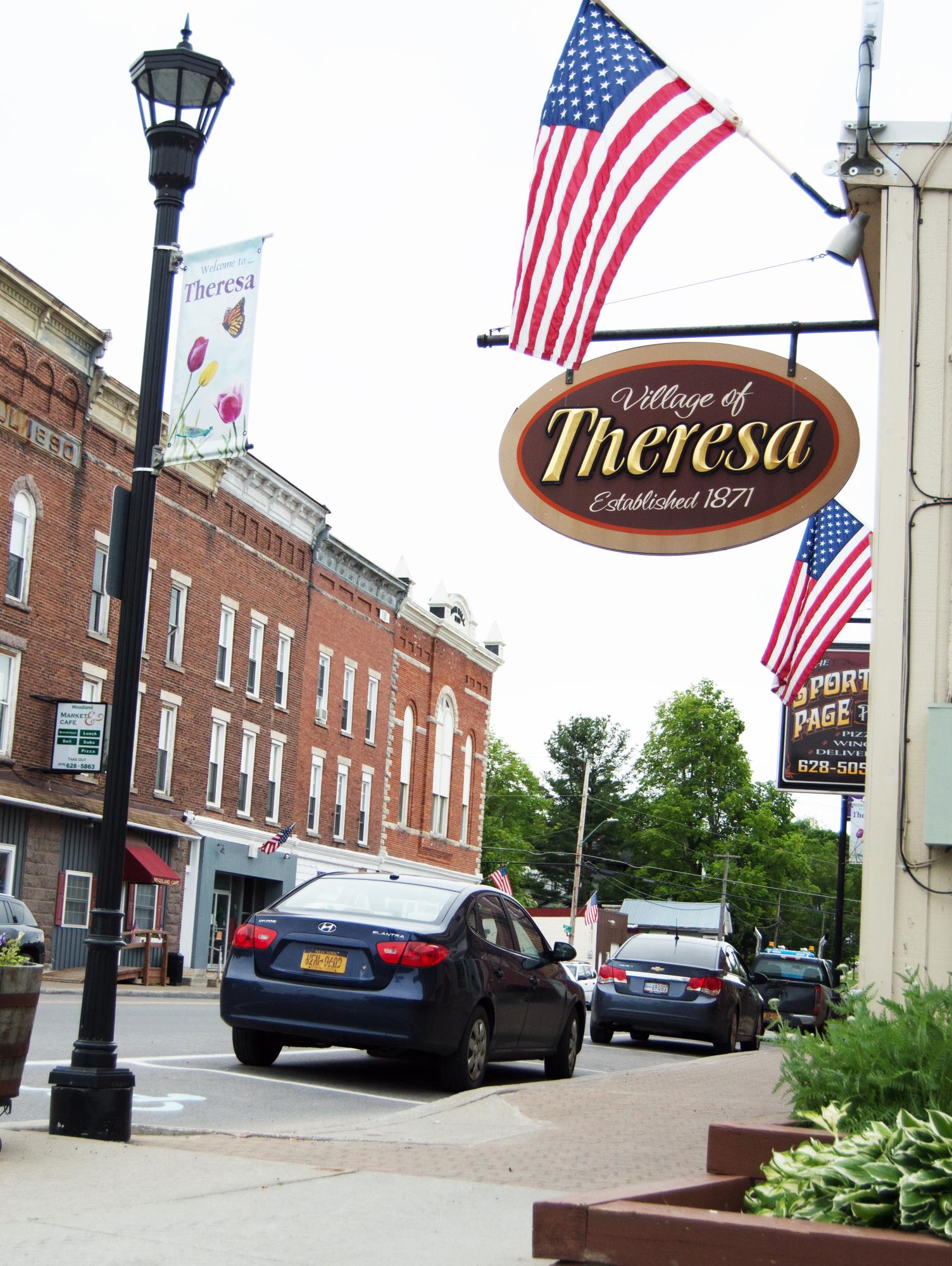 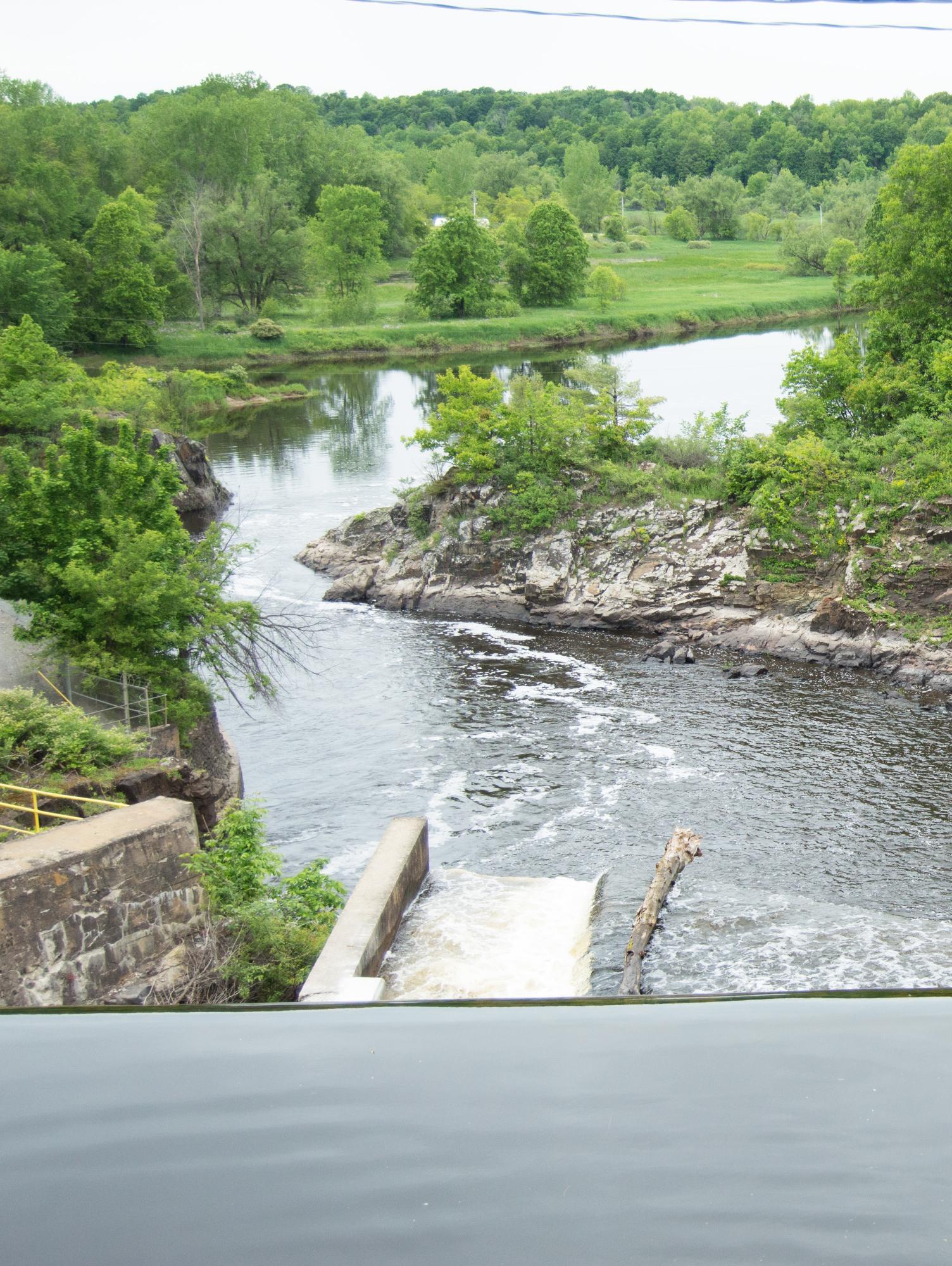 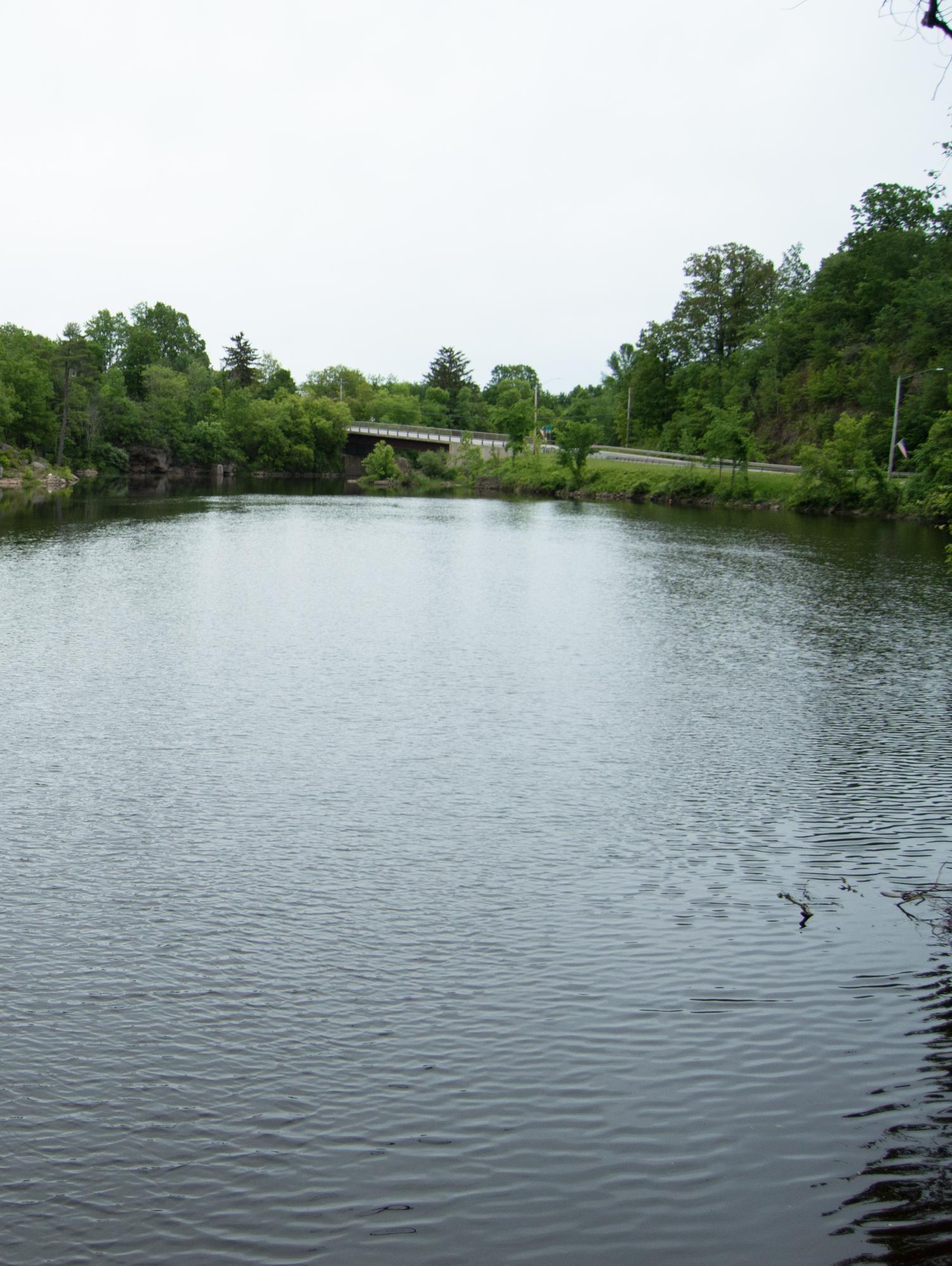 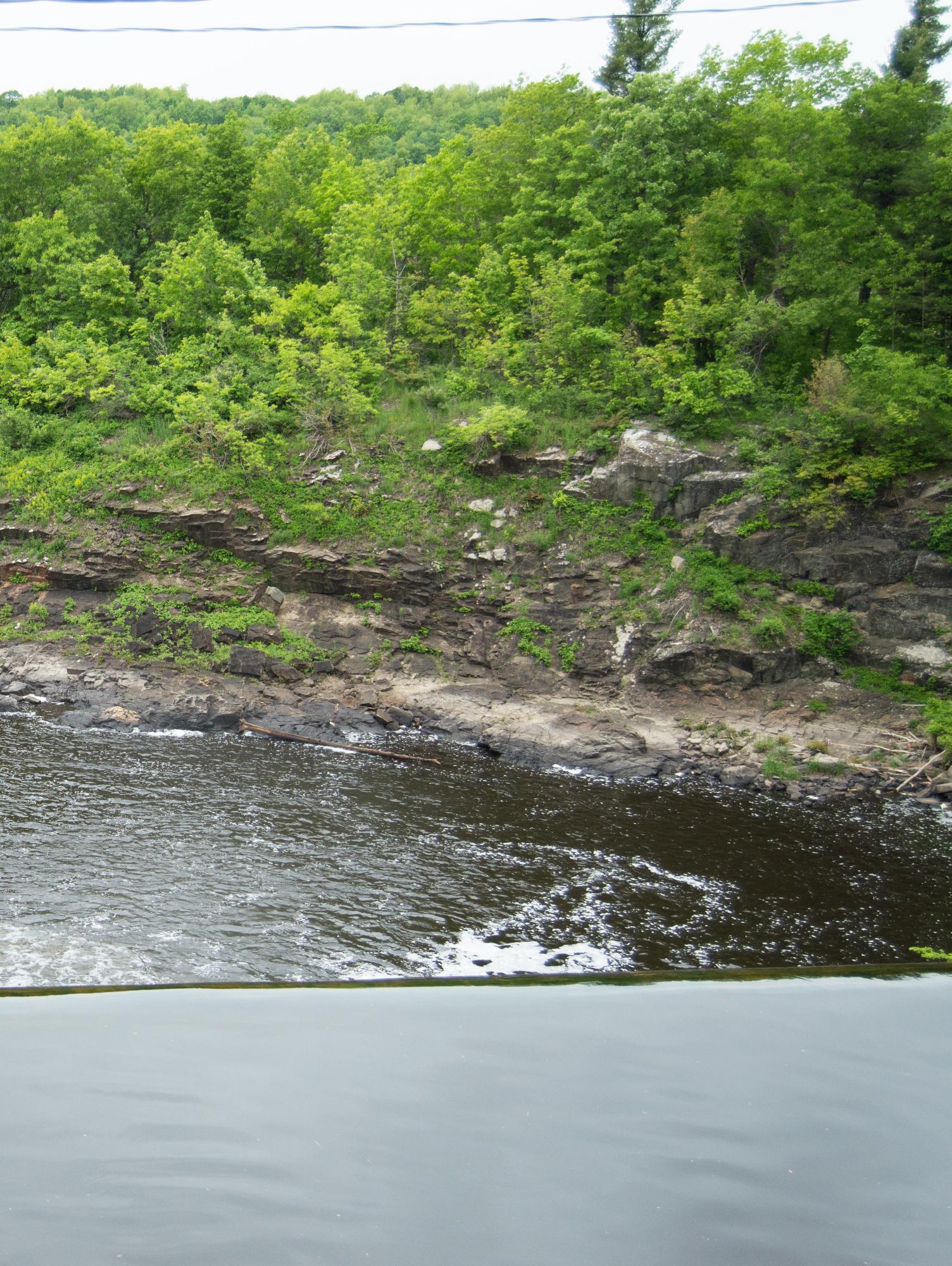 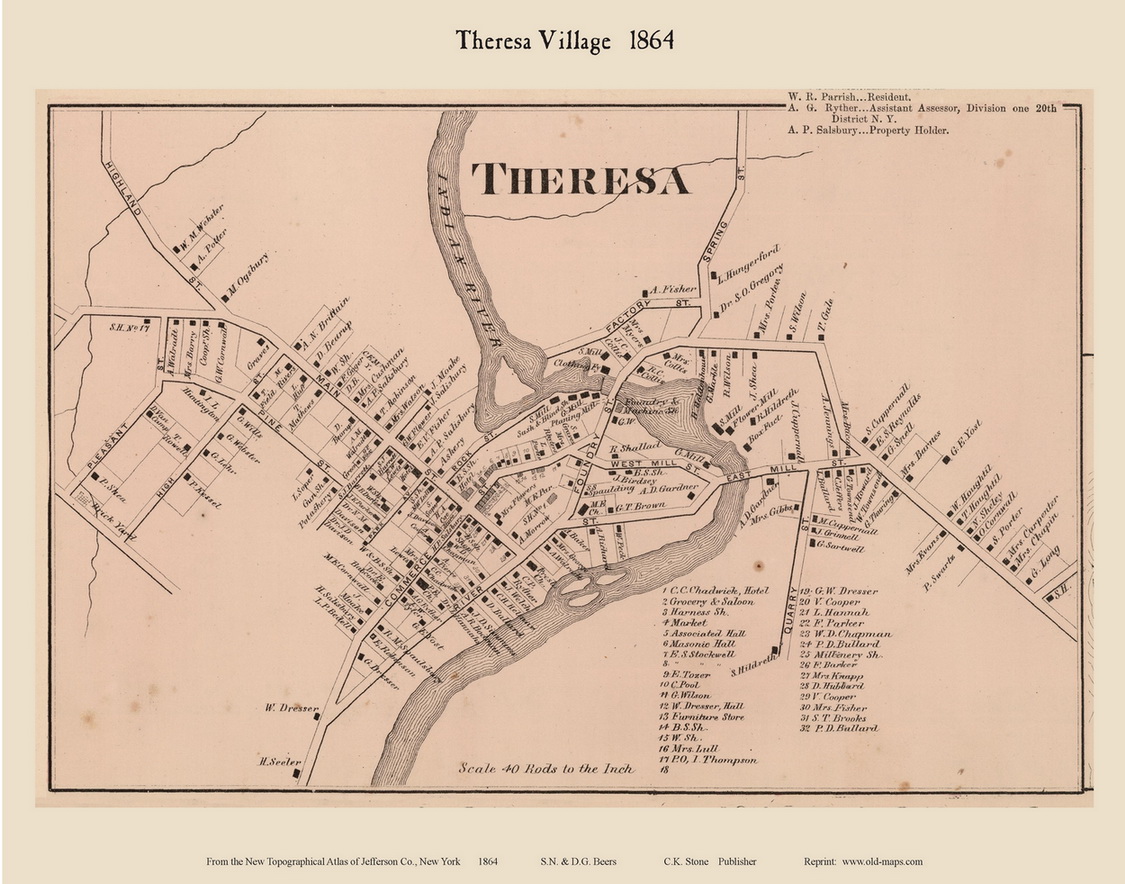 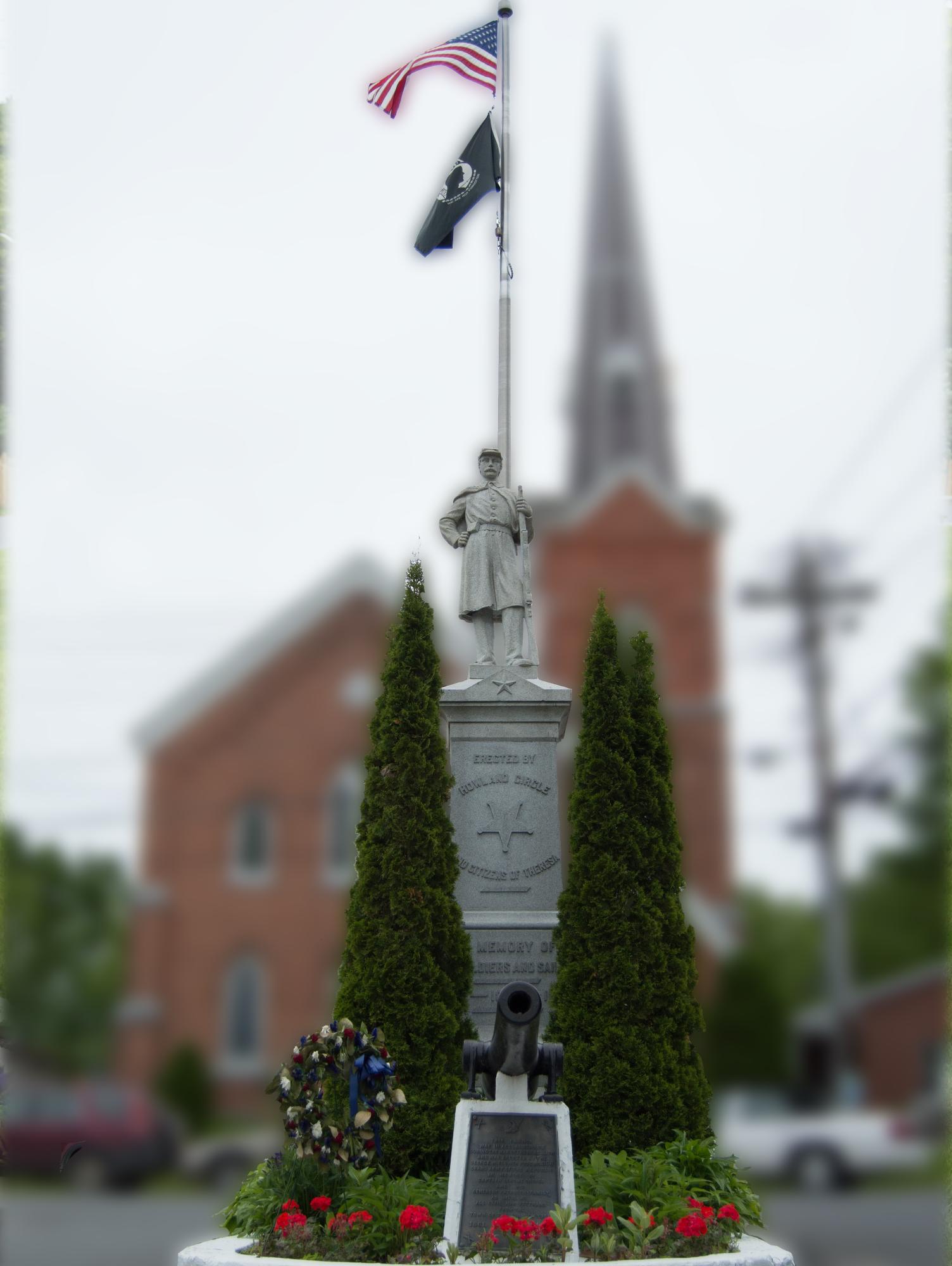 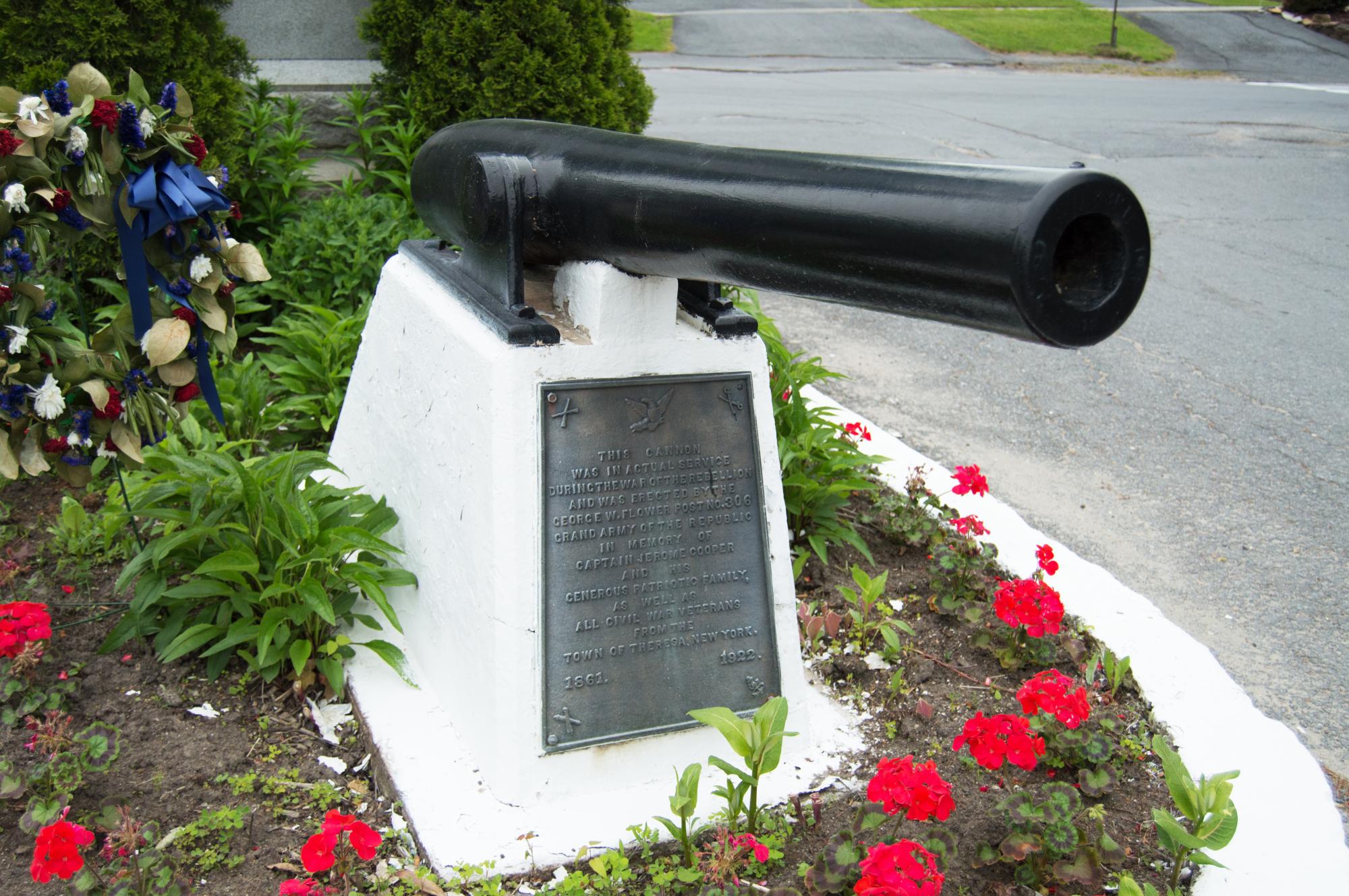 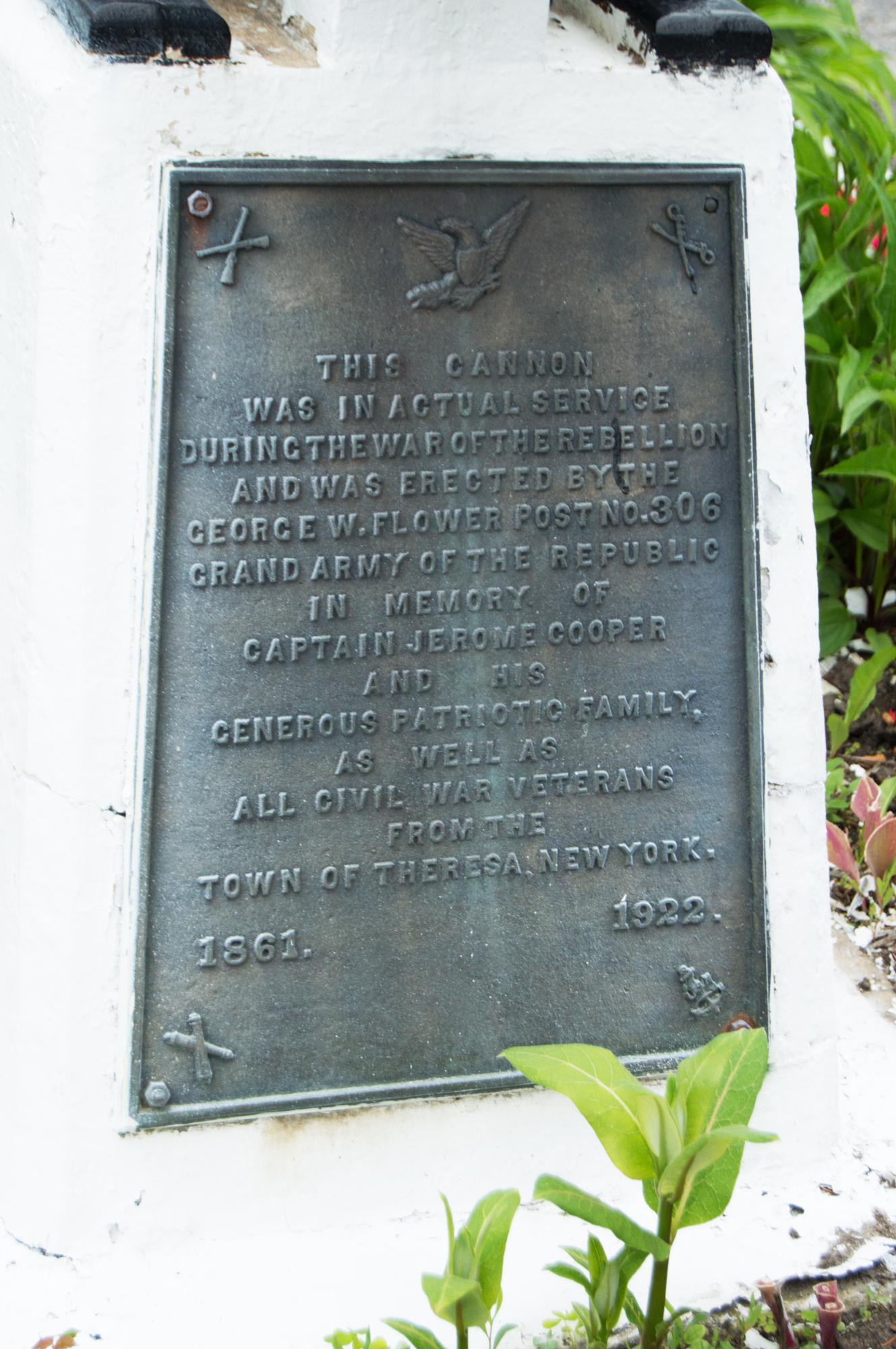